Traveling The World as an Animal Trainer

I asked Peter Giljam, of zoospensefull.com, to share his experience working with animals abroad. Many of you have expressed interest in working outside the US while others desire to come to the United States to work with animals. While we provide plenty organizations and associations for aspiring animal care professionals, it is often more beneficial to learn from someone who has already completed that journey.

Peter’s journey is quite extensive and he provides some unique insight on what it takes to become a marine mammal trainer across multiple countries. Please note, Peter’s English is not perfect, but all of the main points are there! Thank you, Peter, for providing such great insight for our readers.

Passing Through Countries To Become a Trainer

In Europe, we have many different countries, 50 to be exact. These 50 countries have their own language, their own cultures and their own currency. Back in the 90s I made up this thought to become a marine mammal trainer not knowing what I put myself into and in what countries I would work in. Our school had a list of practical classes and as you would guess I chose animal care. My last year, 2004-2005, I found a zoo where I could be a trainee. This is one of the beautiful things in Europe because if we can’t be a trainee in an animal-related company we can’t even graduate so we have to find many places over our years being into a practical school. My very last traineeship was in Ouwehands Zoo. I had to do a summer period what meant 6 weeks in 1 go in the middle of the summer. Unfortunately for my summer vacation. The best part was that I came out as having a zero hour contract working with Californian sea lions. Every other weekend I would travel up to 3,5 hours to full fill the job I wanted. This is where it all started. I am a day dreamer from

9 Harsh But Helpful Tips on Rocking Your Internship With Animals! (#7 = Must Read!)

My very last traineeship was in Ouwehands Zoo. I had to do a summer period which meant 6 weeks in the middle of the summer. Unfortunately, that meant no summer vacation. The best part was that I came out as having a zero hour contract working with Californian sea lions. Every other weekend I would travel up to 3.5 hours to fulfill the job I wanted. This is where it all started. I am a day dreamer from origin and I always thought about what would be the best thing possible. I had a very soft spot for working with killer whales. It was a very very tough goal to reach. 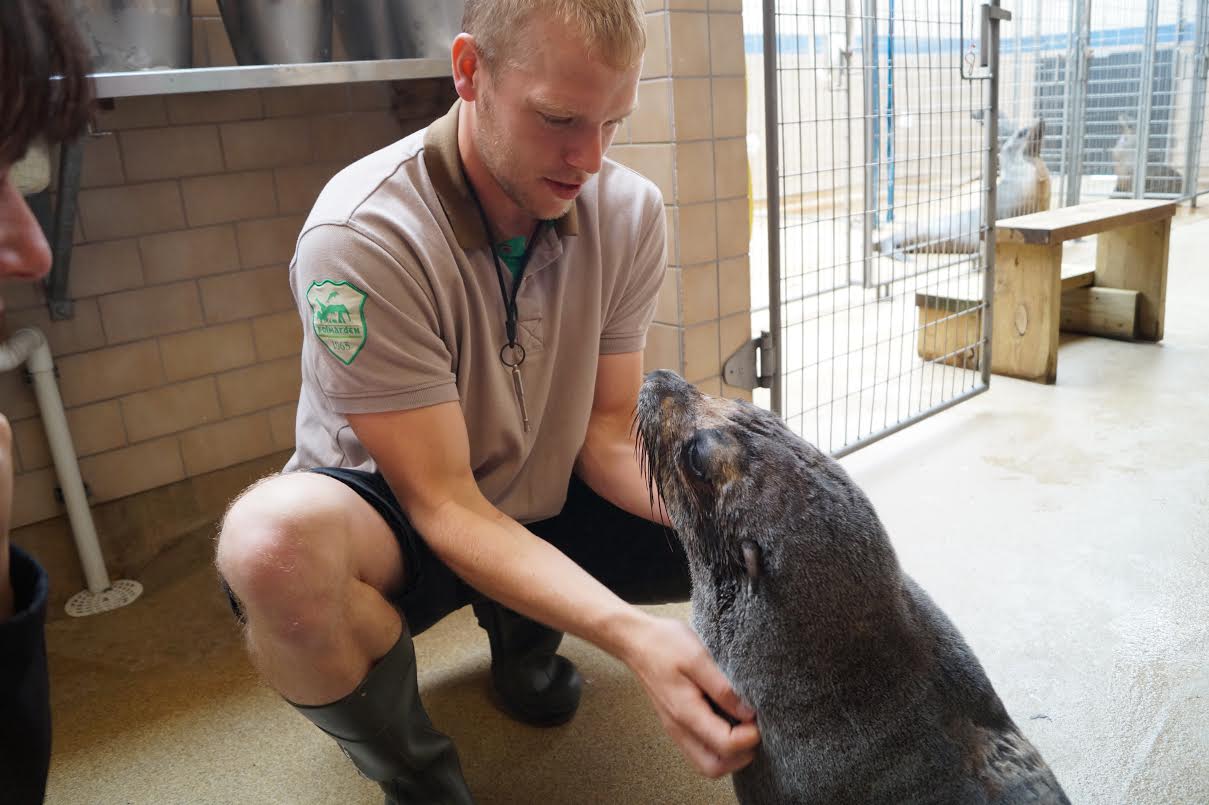 In Europe, we only have 2 parks who house killer whales. My mom asked me once, “Peter, why don’t you go in the army instead?” I told her, “Mom, I want this and I believe I can do this.” No hesitation my mom flinched and said, “ok if that makes you happy.” My mom is very supportive since although some choices I made were very hard in the future that was coming up but she didn’t know this by then.

In 2008, Ouwehands Zoo send me to my first conference, IMATA 2008 Cancun of all places. A couple thoughts went through my head upon arriving, “WOW! I’m in Cancun.” I never crossed the Atlantic Ocean so this was the first time. I thought, “I’m here surrounded by animal trainers, so if I want to move forward in my career I should talk with others in this profession. So here we go.”

On the night of the “Icebreaker,” I started to introduce myself to various other professionals and got to meet so many people from then. It is what brought me in 2009 to visit places like SeaWorld, Miami Seaquarium and Marineland of Florida. Of course, it was great to be there but this was not the best that happened back then.

10 Questions (and Answers) On Becoming A Trainer

Moving to Canada and More

I didn’t know that 2 years after this conference I Would move across the ocean to work in a park in Canada. I met Mike Bunn in 2008, and after applying to many different places he helped me to take the step of coming to Marineland Canada in 2010. Lucky enough I started to work in a mixed-species show what was an amazing experience. Beside the fact that Europe has 50 countries with its cultures Canada was no different for me. I mean my English wasn’t the best and I still had to figure out how this country worked. With a lot of visa work, I worked there for around 2 years. My chance of further work there was minimized due to the hard time I had with visas. So, I decided to move on. At this time I started to have some connections with a park in the Canarian Islands. Guess what happened…. Mike Bunn got me there. 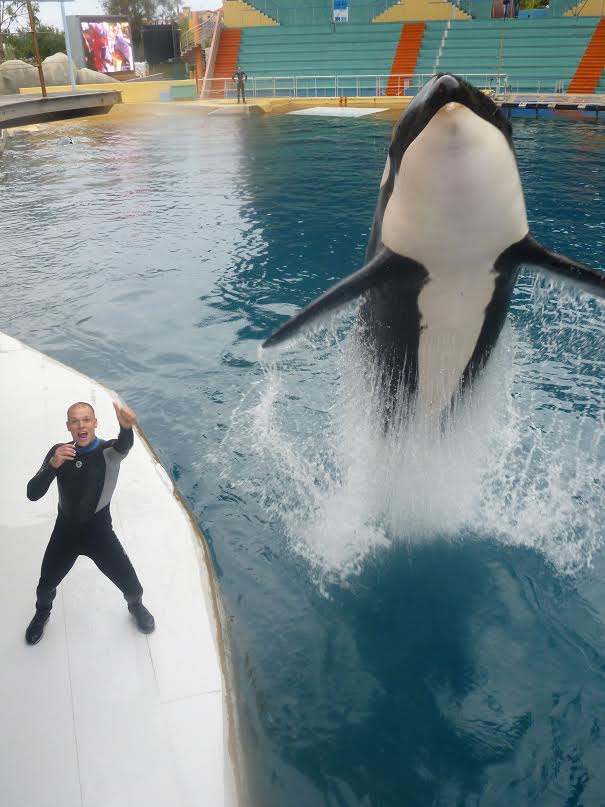 In May 2013, I moved from cold Canada to very warm Tenerife to work with Killer Whales. I thought I made it this is the best thing in the world. With full motivation,  I went to work on a daily base but then I discovered a lot of people do not speak English and I have to learn to speak another language. To be hones,t I wouldn’t have guessed this when I started to think about working with killer whales back in the 90s. Anyway, I made it, although it wasn’t easy over time. The culture was rough and the language wasn’t the easiest. Even though I worked with these magnificent animals where you build strong relationships, I wasn’t fully happy. I wasn’t attached to the management and I didn’t feel the connection to the park. I worked with this amazing whale “Morgan” who gave me the strength to keep on going. With research, we started to know so much about the species. Especially because morgan had a hearing loss. Training such an animal is just an amazing experience but things end and this experience did so as well.

With the connections built up over the last 8.5 years, I was lucky enough to find another park with the same animals and perfect for me, they were hiring.

5 Misconceptions About Being a Trainer

In October 2013, I moved Marineland France to work with… exactly killer whales. What an experience this was… I mean the language was even harder as Spanish, the culture so different but luckily for me they were using the same currency but that didn’t matter so much. I had learned so much over time from cultures and work environments but this one was very different. We had a lot of internationals in the team what made communicating a lot easier. Although they expected you to speak French. This is definitely not easy If you know that the Grammatik’s are the hardest thing in the world. They worked with different strategies in my eyes and Privately I had a hard time with myself and if I was happy where I was. It wasn’t easy and even though I worked with the animals I always dreamed of I couldn’t find the right happiness I was looking for.

A very good friend who worked with me in Loro Parque and in Marineland France had the opportunity to work as a head trainer in a park in Sweden so he left France. He gave me a question if I was willing to come over as well because he knew that I wasn’t myself and looking for a job already. In November 2014, I moved again but now to the far north, Sweden. This place was a lot colder then the other 2 I was before. Actually this place looked a lot more like Canada due to their cold winters. Another currency, another culture and another country. Sweden has a very different culture compared to the other 3 or lets say 4 now I come from the Netherlands myself. Swedish people are very sweet individuals that want the best for you. Because I worked in so many different cultures I started to understand how to deal with it and to accept and more important to respect the culture I came into. Traveling around is one thing but actually working and trying to make a living in a country isn’t easy especially when languages are involved. 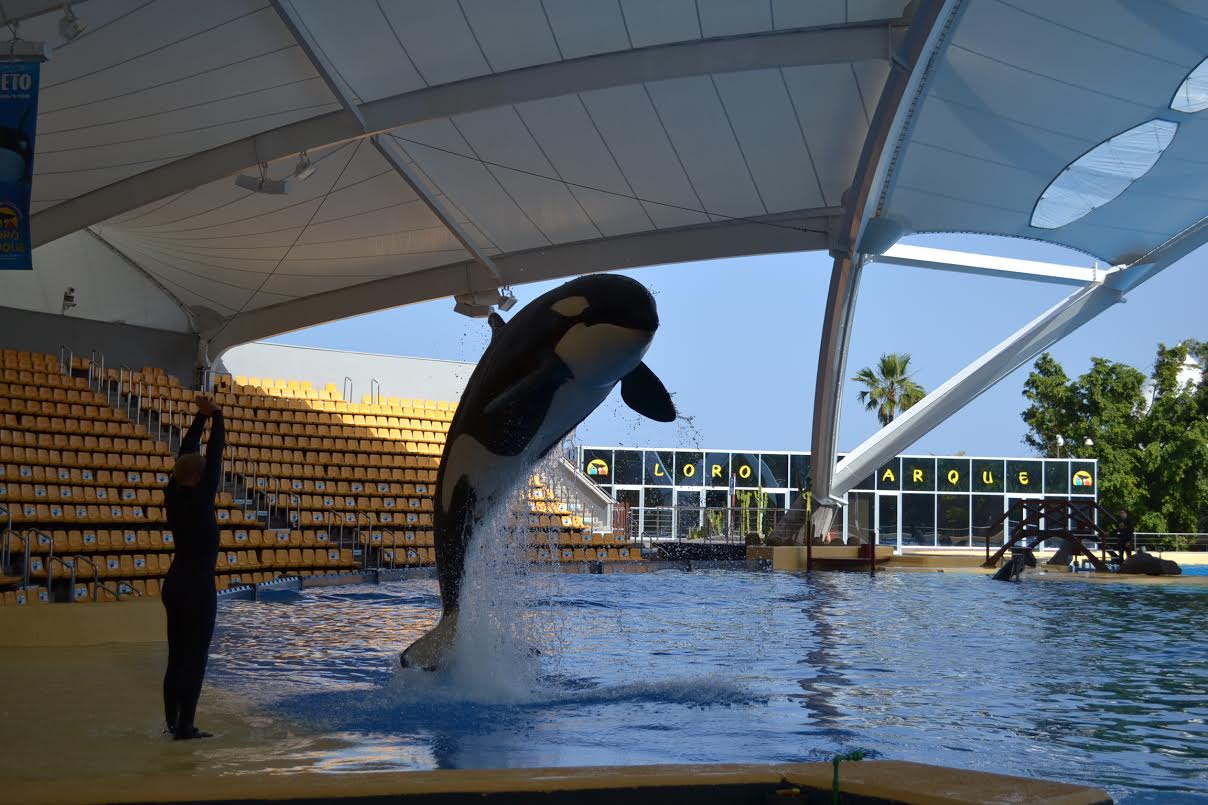 After attending many different conferences, talking to people, extending my knowledge, I went from the animals I always wanted to work with to working as coordinator animal training in the biggest zoo of Scandinavia. The strangest message I want to give the apprentice trainers out there is please travel to other countries and please look at the big picture. If your work is the best and your private life isn’t you won’t be happy. If your private life is the best and your work isn’t good you won’t be happy. The ingredients have to be right so if you are working with animals what is not your goal and your company is amazing for you and you have an amazing private life with the best friends around you… you might want to consider to stay because you are richer than you think!