In a Safe, Supportive Environment.

“Closet Confessions” airs every Thursday night on Periscope. As the host, I invite anyone to join the broadcast and confess something!

The show began accidentally while Periscoping from inside my closet, and people started to ask me if I wanted to confess that I’m gay? Of course, the “coming out of the closet” joke was obvious, but I had a realization. I decided to offer people a platform to share their secrets, in an environment where others are supportive, and in a forum where people didn’t have to endure face-to-face interaction. The very next night, I aired the inaugural “Closet Confessions” and heard an array of confessions — from bizarre to devastating and often hilarious!

What surprised me the most was how willingly people opened-up about their personal lives in such a public space. Many people have told me “Closet Confessions” was their first time confessing their secret. The ability to type a confession, rather than speaking it, allows people to be more free and open. It’s the same reason many online bullies will write nasty comments on social media but would never say it to your face!

It’s also important to know that those in the broadcast maintain a very supportive space, and if anyone doesn’t stay positive, I quickly ban them. Most people wouldn’t want to stand in front of an audience of 500 people to confess that they cheated on their husband. However, I’ve found many people do have the courage to unburden themselves of that confession in a supportive environment from the ‘safety’ of an iPhone keypad.

The rules of the show are very simple:

You can follow Kyle Kittleson on Twitter and be notified when “Closet Confessions” goes live every Thursday night!

Here’s What People are Saying About #ClosetConfessions 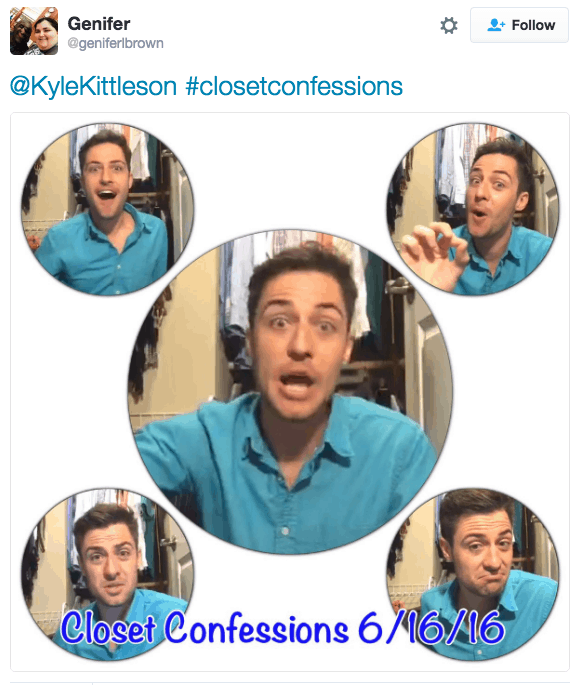 Snapshots from @genigerlbrown, one of the awesome members of the #KittleFam

John, a loyal #KittleFam member, makes sure the entire family participates in #ClosetConfessions 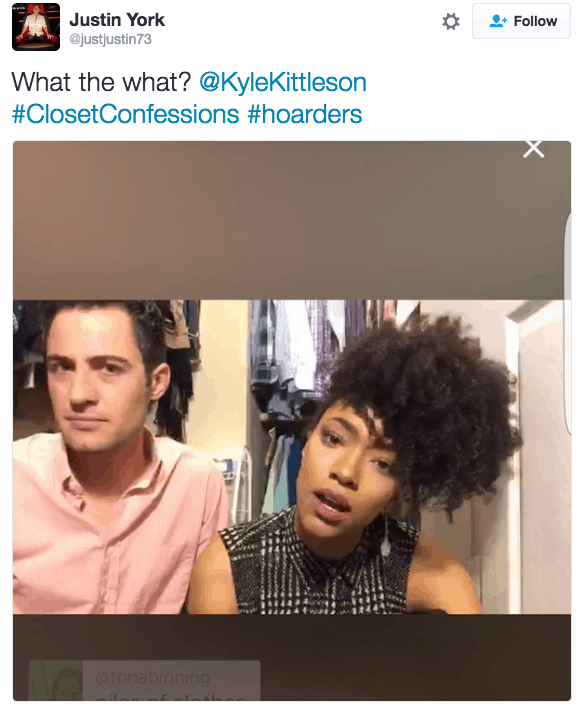 Sonequa Martin-Green (AKA: “Sasha” on The Walking Dead) appears on #ClosetConfessions 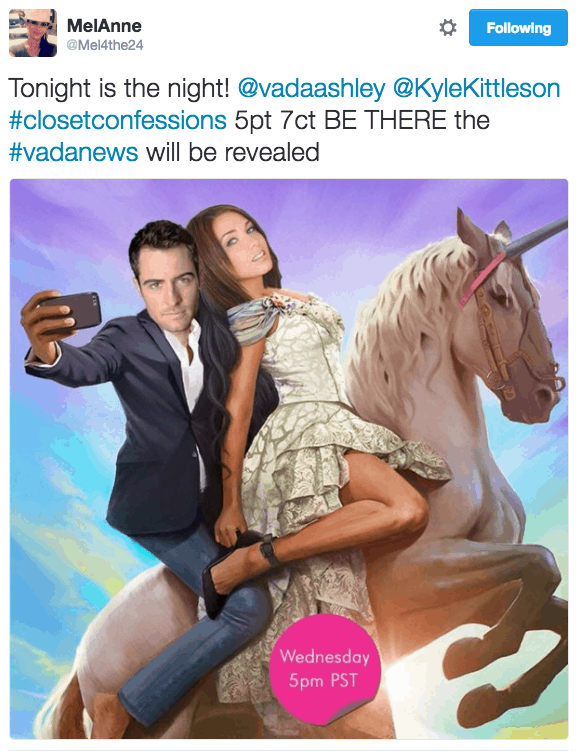 Vada Ashley *came out of the closet* in my closet, and in style, on #ClosetConfessions! Love you, Vada! 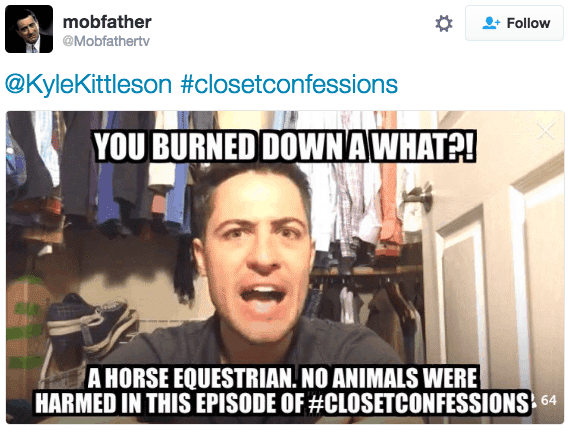 A fun meme from one of the #KittleFam members, @mobfathertv