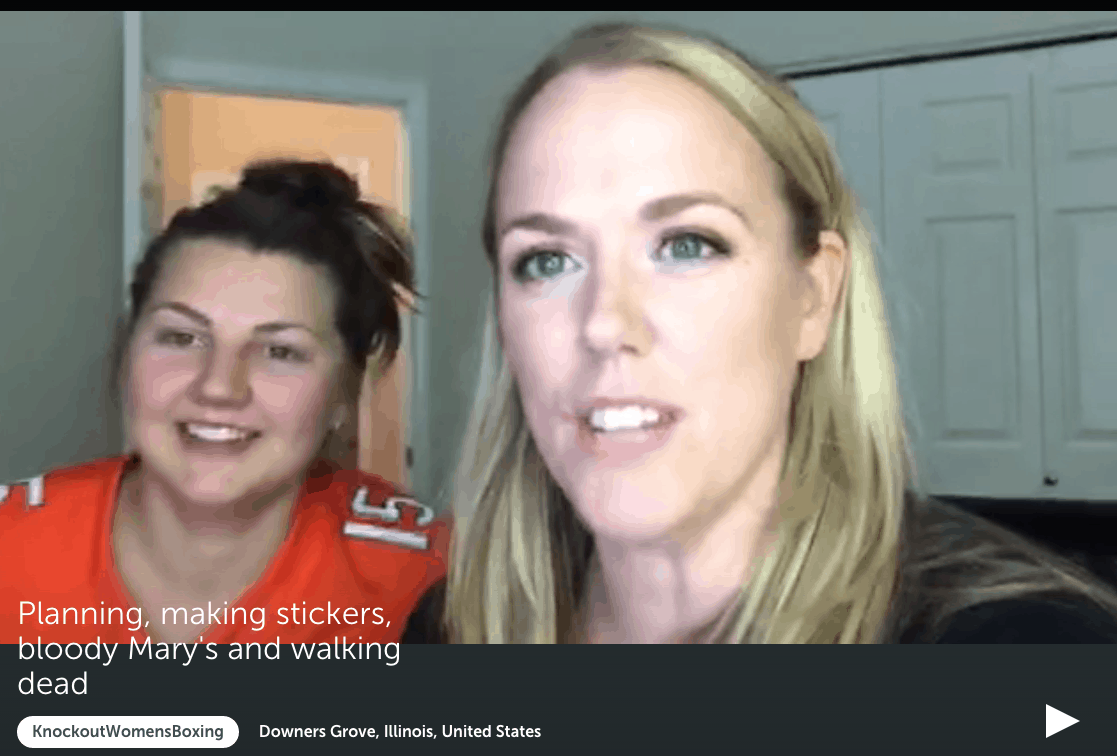 Last month, I attended the Periscope Community Summit in New York. It quickly became evident that there are a lot more male “scopers” than female “scopers,” and that’s primarily due to the fact that women are harassed more than men on Periscope. Many women broadcast on Periscope for the first time only to be greeted by rude and hateful comments along with endless requests to take off their clothes, etc. This negative experience keeps women from broadcasting again, and that quickly leads an imbalance with more men scoping than women.

We need women to Scope! We need their perspective, their ideas, their influence, and their power. The female scopers at Periscope Summit are AWESOME! They have not only learned how to deal with online bullies but also how to thrive despite them. Because of their success on Periscope, they have had success in their non-digital lives. Bree Olson has a thriving business and influences more than 500,000 people every day with her ‘scopes. Tasmin is traveling the world to expose the devastating reality of child trafficking. These women are changing the game, and they are doing it through Periscope. If other women are being deterred from using this incredible platform, that’s not okay. It needs to change. So, I thought, “how can I help change that?”

Awareness is never enough. In fact, I hate it when people say their goal is to bring awareness to an issue. That’s a waste of time. Action, the step after awareness, is what creates change, so I wanted to take action. That’s why I started the campaign, #WomenWhoScope. The hashtag represents an initiative to incentivize first-time female ‘scopers to press the “Start Broadcast” button. With the support of a community behind them, women could enjoy better odds of having a positive experience during their first broadcast.

Here’s how it worked:

Between October 5th and October 11th 2015, any first-time female ‘scopers could use the hashtag #WomenWhoScope in the title of their broadcast. The hashtag helped me find these women, share their broadcast with my followers, and encourage thousands of others to support that woman during her first broadcast. In many cases, those new followers would encourage the first-time ‘scopers with comments and an outpouring of hearts. That unified response could outweigh any bullies or nay-sayers who might enter the broadcast, and in turn, instill confidence in the female ‘scoper to continue broadcasting.

Without any promotion for this campaign, it took off! I simply broadcasted about #WomenWhoScope and asked my community to share the hashtag with their followers. And just look at the incredible results! 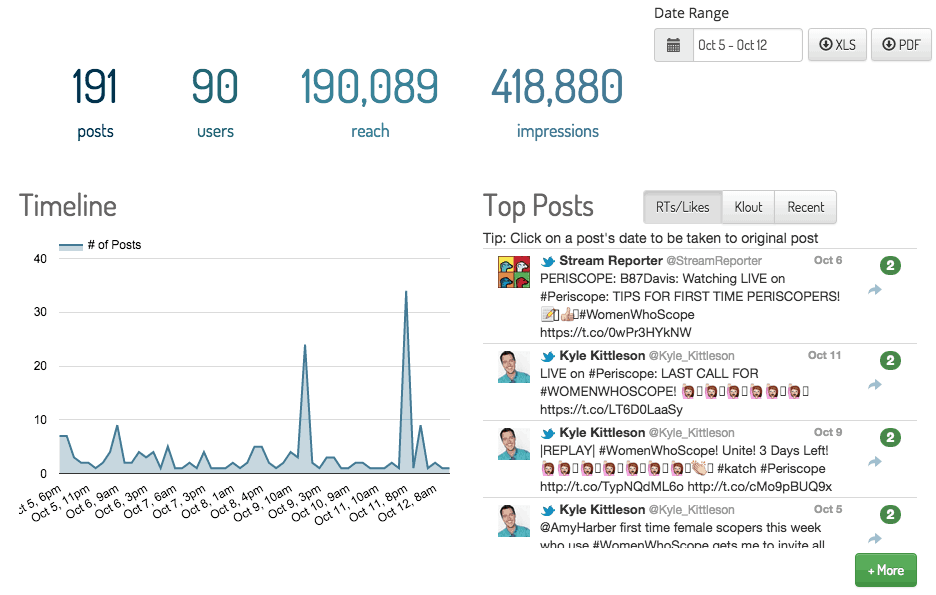 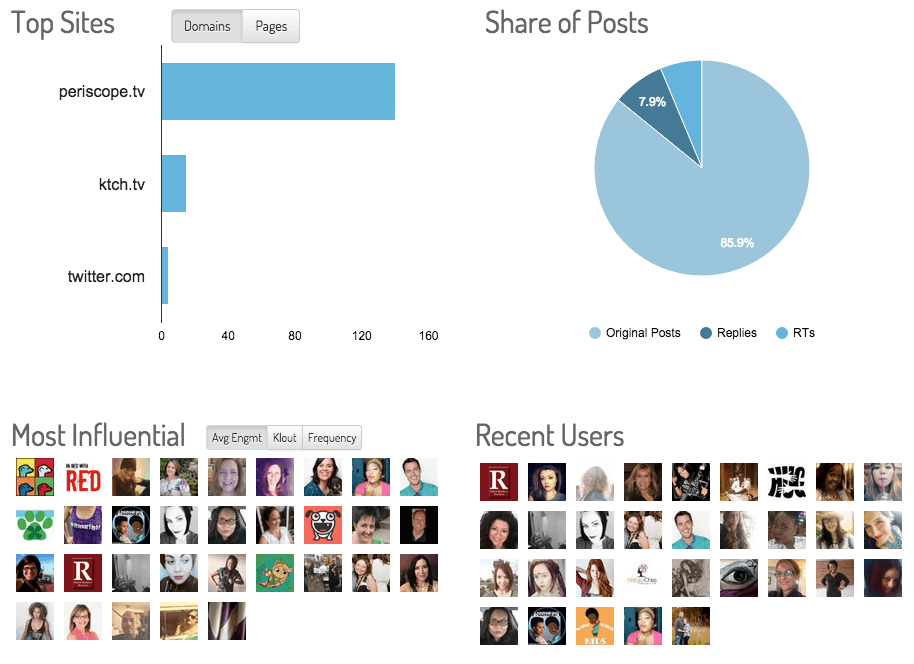 Other veteran broadcasters began to participate as well! The Honey Badger, InBedWithRed, Amber Plaster, and many other established Periscopers started searching for the hashtag and lending their support. In just one week, hundreds of women from all over the world broadcasted for the first time!

Chelsea Rose showed us her amazing art collection and how to paint. 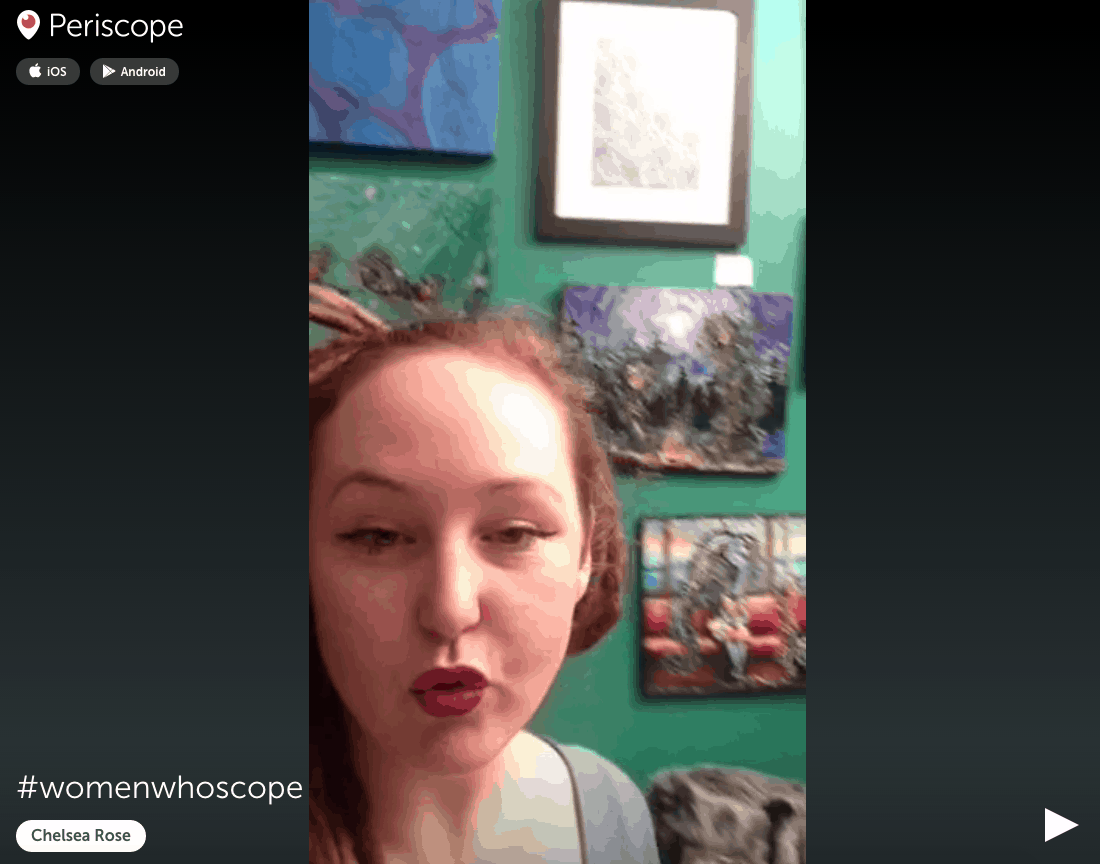 Robin Tracey taught us all about business with PartyLite! 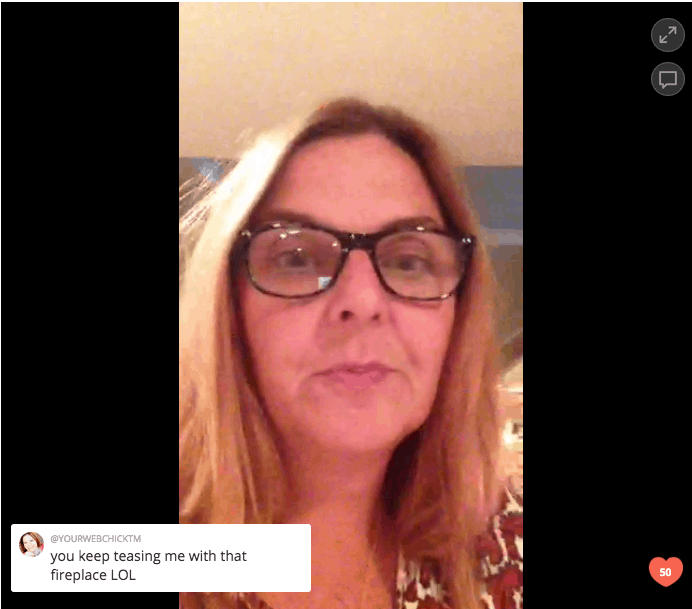 Hundreds of women finally pushed fear aside and started Scoping! From what I’ve seen, many of these first-timers have gotten addicted (like we all do) and have scoped many times since. In fact, at the time of writing, @KnockoutWomensBoxing is live right now! I really hope that all the new ‘scopers this week will keep scoping! You can show them support by searching #WomenWhoScope in Twitter and lending your support to the movement!

I’m already planning a second round of #WomenWhoScope to encourage even more female broadcasters. Stay tuned for when we’ll launch, and when we do, I plan to partner with other influential Periscopers to really “amp up” the exposure of this campaign! If you’d like to participate in the next round of #WomenWhoScope, please contact me! You can also follow me on Periscope and watch for updates there.

Until then, keep encouraging your friends, both male and female alike, to get on and Scope! It doesn’t matter what you scope about: share a recipe, share a story, or just share your cute dog! There’s no right or wrong way to start scoping.