Does SeaWorld Paint Their Whales?

Recently, I discovered a YouTube video titled, Sea the Truth. (Video Below)

Sea the Truth was created by a group of high school students and addresses SeaWorld’s commitment to conservation and education while documenting the effects of Blackfish. SeaWorld continues to garner more and more support, and these high-schoolers truly capture the marvelous work SeaWorld does for all animals.

CREATED BY SPENCER CLARK AND TEAM

Sea the Truth was spearheaded by high school sophomore Spencer Clark whose mother, Kelly Clark, is the Director of Animal Training at SeaWorld Orlando. This is what Spencer and the other producers said aboutSea the Truth:

“We are sophomores in a Television Production class from Olympia HS in Orlando. There has been a lot of buzz about our local park SeaWorld. After doing some intense research, we wanted to make a documentary about SeaWorld’s truth.”

DOES SEAWORLD PAINT THEIR KILLER WHALES?

Sea the Truth includes interviews from “animal rights activists.” One of these interviews shows a woman protesting in front of SeaWorld while she describes how her childhood trips to SeaWorld taught her about wildlife conservation. Hmmmm…

In another interview, an animal rights extremist passionately announces that “SeaWorld paints their killer whales” but is then unable to source her claim.

(Just to decrease the number of e-mails I will get…no, SeaWorld does not paint their killer whales or any animal. I don’t even know why this is being discussed, and I am shocked that we live in a world where we need to address whether or not SeaWorld paints their animals. Use logic, people.) 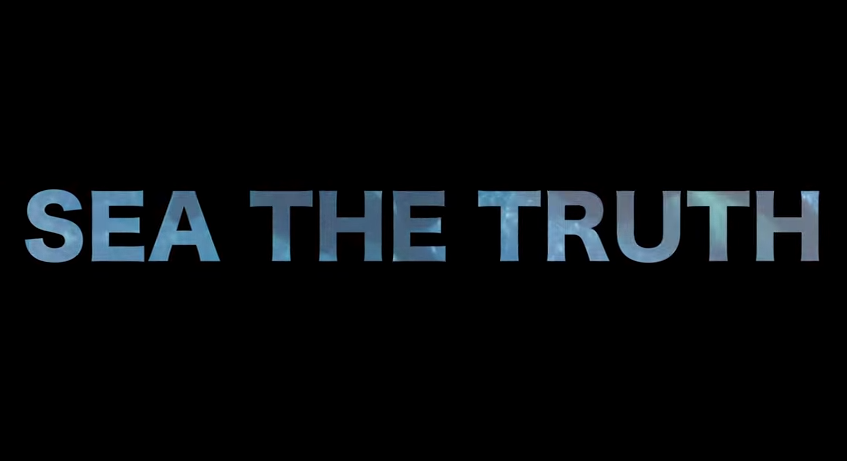 Regardless of your feelings on SeaWorld or Blackfish, one thing is certain – everyone has the right to their opinion. Unfortunately, not everyone’s opinion is being heard.

Over the last year, I have received about a dozen e-mails from students who informed me that their high school and college teachers would not allow them to write pro-SeaWorld papers or argue against Blackfish in their essays.

In fact, I have been told that some teachers required their students to write about why SeaWorld should be shut down.

Those teachers should be ashamed.

Research, expression, and opinions should be respected, not silenced. I applaud Olympia High School for supporting these students/future filmmakers.

Obviously, the son of SeaWorld’s Director of Animal Training will have bias on the topic of SeaWorld and Blackfish. However, that still doesn’t mean his work should be ignored.

As a former Senior SeaWorld trainer and animal behaviorist, I find that there is more truth in this 7 minute YouTube video than in the entire 90 minutes of Blackfish.

Additionally, Spencer offers a unique perspective as the son of Kelly Clark and as someone who grew up with these incredible animals.