Working With Dogs In Television and Movies 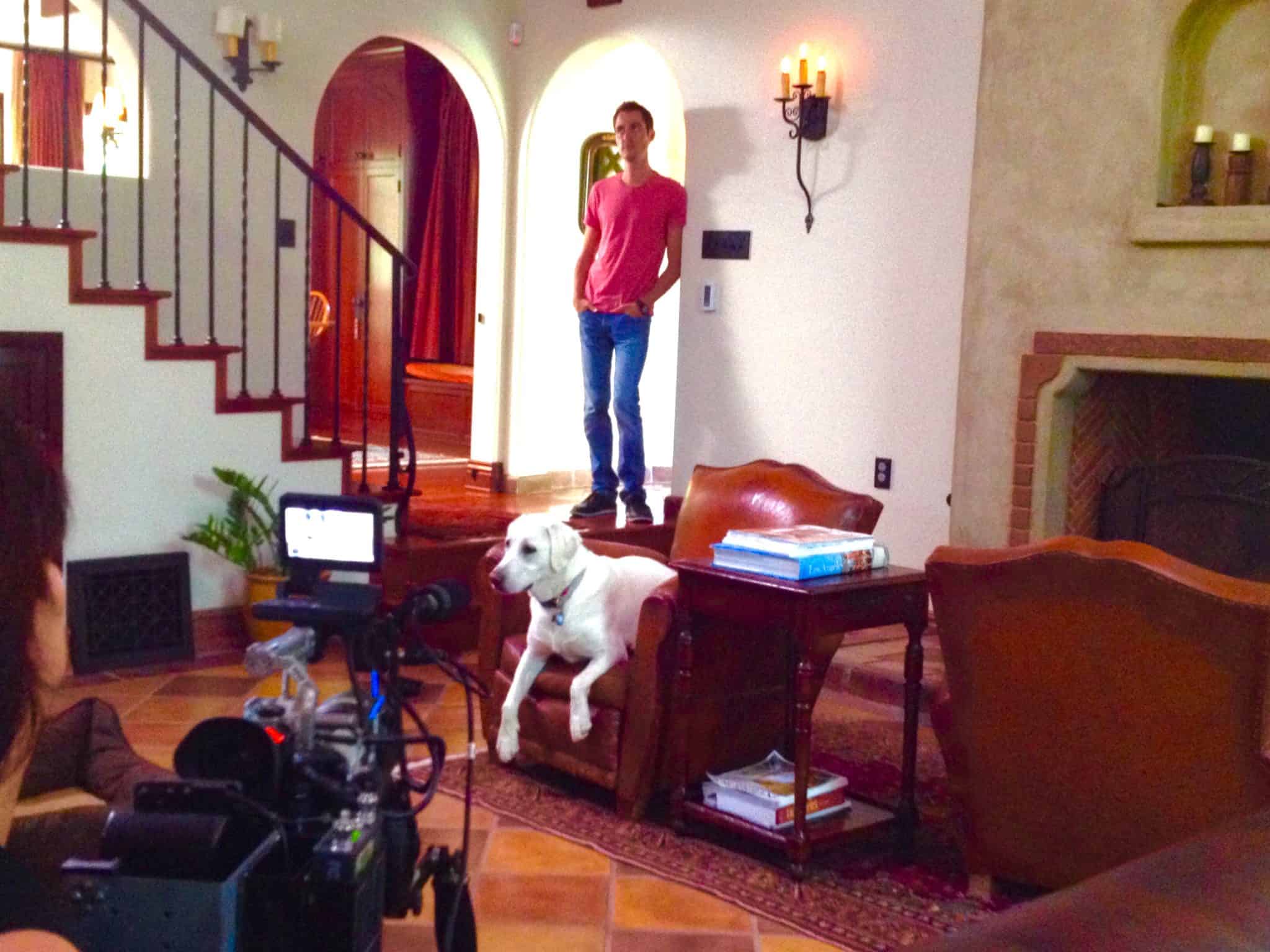 As an animal behaviorist and television host, people often contact me about training dogs and exotic animals for television and movies. When appropriate, Callie, my very white yellow lab is cast in these exciting roles. While Callie doesn’t make a full-time living doing commercials and television (she has to reserve time for naps and playing fetch), but she does work about a half dozen times a year.

Along with discussing some of Callie’s recent work in television and commercials, I’ll also give you some tips about how you can prepare your dog to appear in commercials, television, and movies!

Callie started her year with a photo shoot for Purina. Purina cast me, my boyfriend Chase, and our dog Callie in their LGBT campaign. Purina was looking for dogs with basic obedience training and the ability to work in proximity with other animals.

Also on set, was a dear friend of mine, Joel Silverman. Joel is also a former marine mammal trainer and works extensively with animals for commercials, television, and movies. If you’ve ever seen a dog in a commercial, there is a good chance that Joel was responsible for the training. 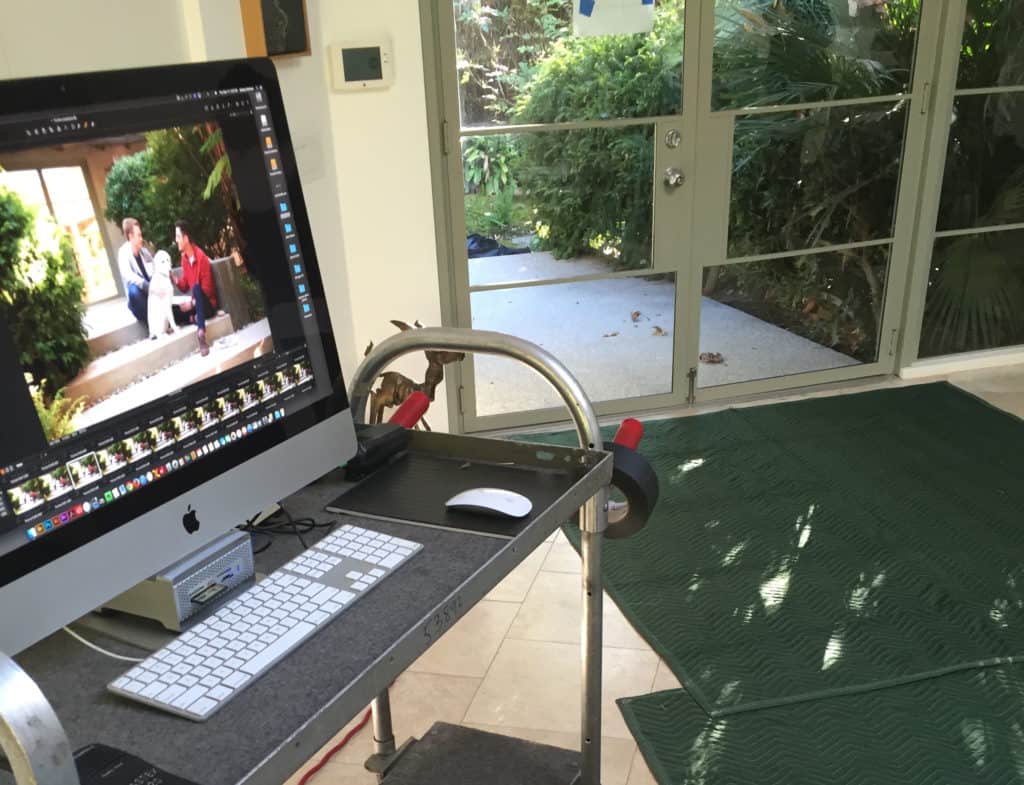 Our Purina Ad on Pride.com

Callie was asked to pose with Chase and I in the ‘sitting’ and ‘down’ positions. Overall, it was very easy, and dogs with basic obedience training would have done very well on the shoot. Because my dog is professionally trained, we were able to get the shots we needed quickly. Production crews love that!

On a set, time is money, and the longer we have to wait for an animal to cooperate, the more money the production team is spending. Additionally, you may only have a few moments to capture the right lighting, and a dog who isn’t practiced behaving on-set could cost the shot.

Callie is famous in Japan! Well, sort of. Well, not really. However, she was in a Toyota commercial that shot in Los Angeles but aired nationally in Japan. They needed a dog to take a variety of verbal signals from a trainer off-camera (such as: sit, stay, down, walk to the left, walk to the right, stop, etc.) and also catch a ball in the air. While most dogs can sit and stay when asked, it’s harder to find dogs who can complete those behaviors on a television commercial set with lights, dozens of people, sound booms, and a director on a megaphone. It’s even harder when you can’t be in the shot with the dog. 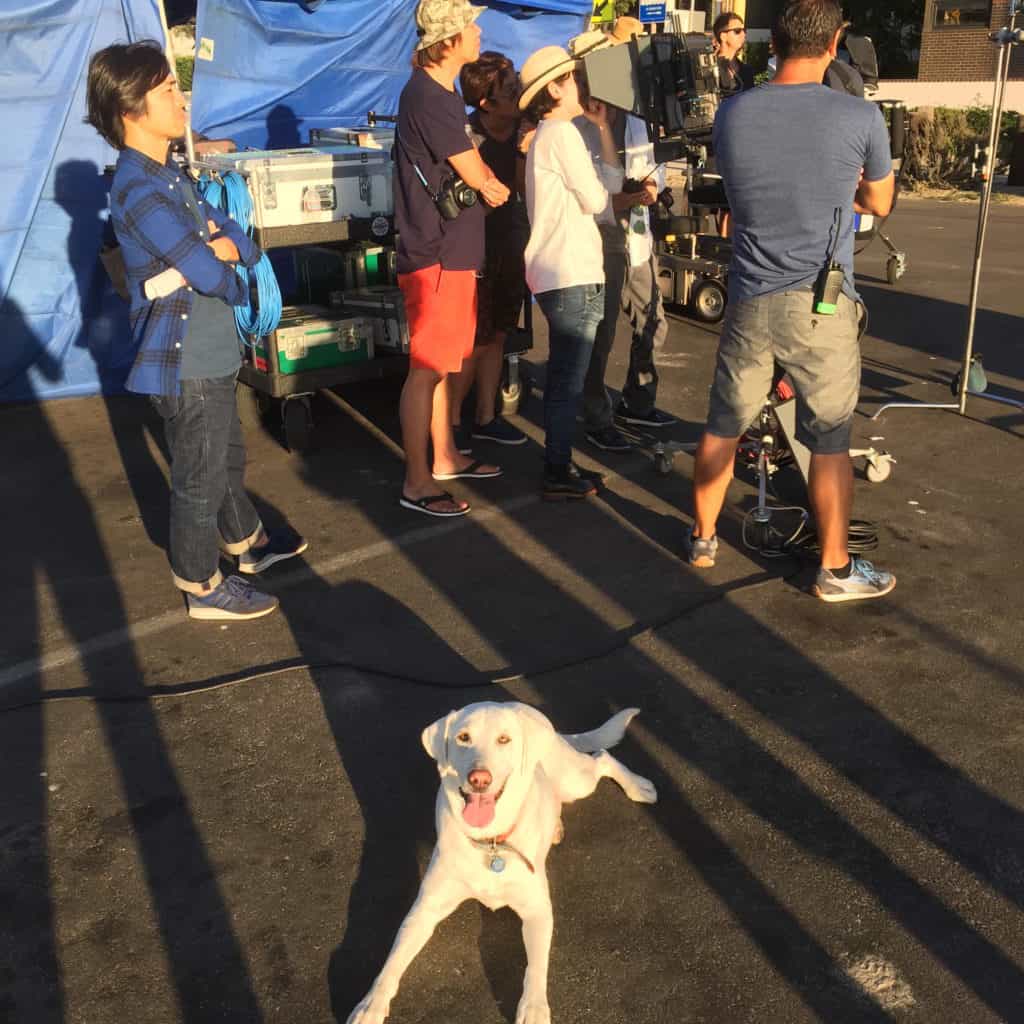 Callie was such a pro. I truly believe that she knows when the pressure is on, because every time (knock on wood) we have been on set she turns into a “one-take wonder” and nails every shot the very first time.

As we began shooting the commercial, the team from Japan, who spoke no English, clapped and cheered for Callie as if she were some sort of celebrity! You could tell they were pleased, even if they didn’t say they were in English.

I was contacted by the production company in charge of creating a three-part series on canine intelligence titled “Dognition.” Dognition is an online training course used to better understand your dog and develop a stronger, more in-sync relationship.

The production company used dozens of dogs for the shoot, and I was honored to be involved to help educate people that there is more to their dog than they understand. Dogs are incredibly deep, intelligent beings who give us tons of signs every day to tell us what they want, what they like, and what they don’t like. Understanding this allows us to literally talk to our dogs and have them talk back. This open communication allows for a better relationship with your dog.

The production company originally told me that they only needed my dog to sit, stay, and maybe come when called. I told them, “no problem!” Once on set, however, it was an entirely different story.

They now needed my dog to sit on a chair by herself, come to me when I entered the house, go grab her rope from a bucket of other exciting toys, bring it to me, and then exit the house. Luckily, Callie does have the basics of object discrimination down, so this was totally doable. You can see video of that behavior chain below.

#tbt Callie and I on set for a special 3-part series on canine intelligence! @calliethelab

What they needed next was for Callie to walk into a room, stop, look at a table, and then slowly walk out of the room. She had to do this with nobody else in the shot with her, and I couldn’t use any verbal commands. So, we practiced one time using verbal commands. Then practiced one time using visual commands with me in the shot and then filmed it with me out of the shot and only using hand commands. She nailed it. She is truly an amazing set dog! I know there are better trained dogs for television, commercials, and film, but Callie is something special.

The production team seemed very pleased with Callie. They also said that out of all the dozens of dogs they shot, Callie was the best. She got everything in one take, and we worked for 3 hours with no breaks. I was mentally exhausted, so I can only imagine how Callie felt.

You can catch Callie (and glimpses of me) on NatGeo Wild Dognition.