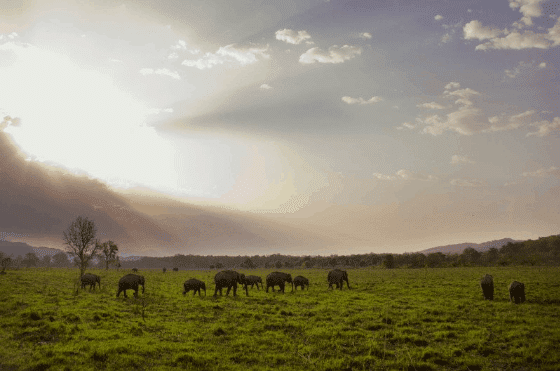 The Greatest Blow (to animal rights) on Earth

By now, you’ve probably heard the “feel good” news that the historic Ringling Brothers and Barnum & Bailey Circus have responded to mounting pressure from animal rights activists and “retired” their famous elephants. Now, instead of performing for sold-out crowds across the country, these animals will happily live out their days on a 200-acre sanctuary in Florida. Everyone’s happy, right? Wrong.

The fact is that this “victory” isn’t one for the animals themselves, but rather for the misguided activists who only care about furthering their own agenda. As an animal trainer, lover, and activist myself, this infuriates me. Too many lies are being spread about the well-being of performing animals, and the animals themselves end up suffering. Let’s look at two of the most common lies they tell and why they’re dead wrong:

Though radicalized animal rights activists may have you believing that animals are forced to perform with threats of malnourishment or mistreatment, it just simply isn’t true. Think about it logically: How can I as a 155-pound guy force an 8,000-pound Killer Whale to do anything? The obvious answer is that I can’t. And neither can other trainers – nor would they want to.

Despite all of the false rhetoric, one thing that isn’t often talked about with captivity raised animals is their need for mental stimulation. To stay healthy, these animals need to be involved in situations where they exercise their mental capacities and learn new behaviors, similar to how they would if they were out in the wild. That is why this kind of training is so important: it positively contributes to the health and well-being of the animal.

What you see when you come to an animal performance isn’t just a show, it’s a training exercise designed to keep animals happy and healthy. As trainers, if we can demonstrate the natural talents and abilities of these animals in front of a live audience, and allow a whole new generation to fall in love with them, why wouldn’t we?

Lie #2: We must close zoos and end circuses to save the animals

There is certainly no shortage of suffering animals who could use the help of this kind of public outcry – they just aren’t at accredited zoos, aquariums, and facilities such as; SeaWorld or in the Ringling Bros Circus. Instead, they are in horrible situations and institutions where these ill-informed activists should be targeting their anger: unaccredited roadside zoos; irresponsible animal breeders and owners; hunters who engage in illegal poaching – the list goes on and on.

But because everything today is so politicized, organizations like PETA (with their own less-than-stellar history), who make their name and money by staying in the newspapers, won’t go after these true animal abusers because the public just isn’t interested. Instead, they go after institutions like SeaWorld and Ringling Bros and call it a victory when animals are removed from their comfortable, enjoyable lives. Does that sound like putting the animals first?

The goals of radicalized animal rights activists are clear: publicity and money. If you agree with the tactics they use and the outcomes they work for, then you too have been brainwashed and are not informed. You are simply sheep being lead into the agenda of people who only have one priority: help themselves and not the animals. 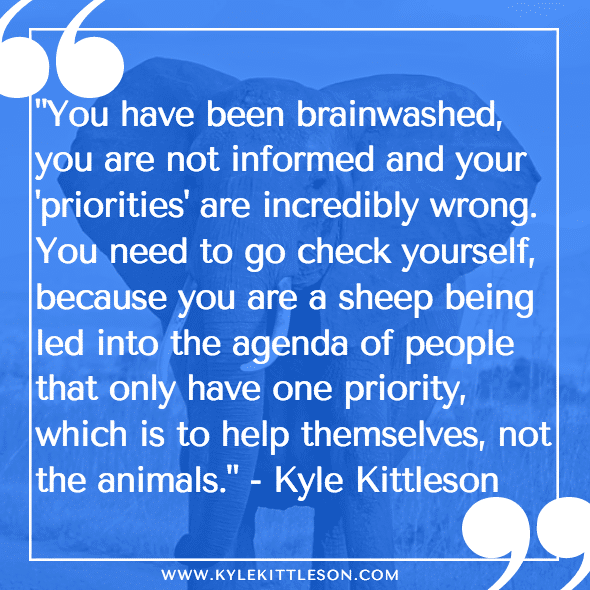 I don’t disagree with Ringling’s decision to “retire” these elephants. They have to – the court of public opinion has spoken. But if we continue to allow these misinformed, activist-driven narratives to shut down the very institutions that are working to provide animals in captivity with better lives, there will soon come a day where they are no more.

Zoos, aquariums, circuses, trainers, and rational-thinking activists must come together to change the perception of which animals in this world are in need of saving. We must change the debate to focus on what will actually benefit the animals themselves, and not the budgets and egos of these so-called “animal rights” organizations and their followers.