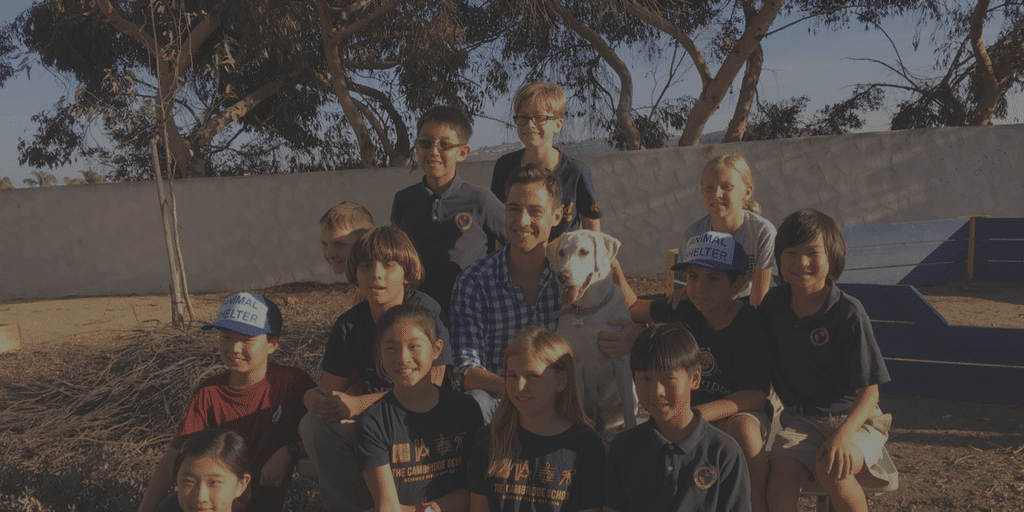 Last month I shared my experience volunteering with the Cambridge School in San Diego as their students prepared to compete in First Lego League’s “Animal Allies” – a nationwide competition where students are challenged to create products and services that help both people and animals. In a world where emotion tends to trump logic, especially when it comes to animal welfare, it is great to see the next generation of animal advocates thinking practically about how to improve the natural world we all share. Plus, their work is double rewarding because if their business goes from concept to profitable reality – they could make enough money and pay for their college before they hit high school. Great job, kids! 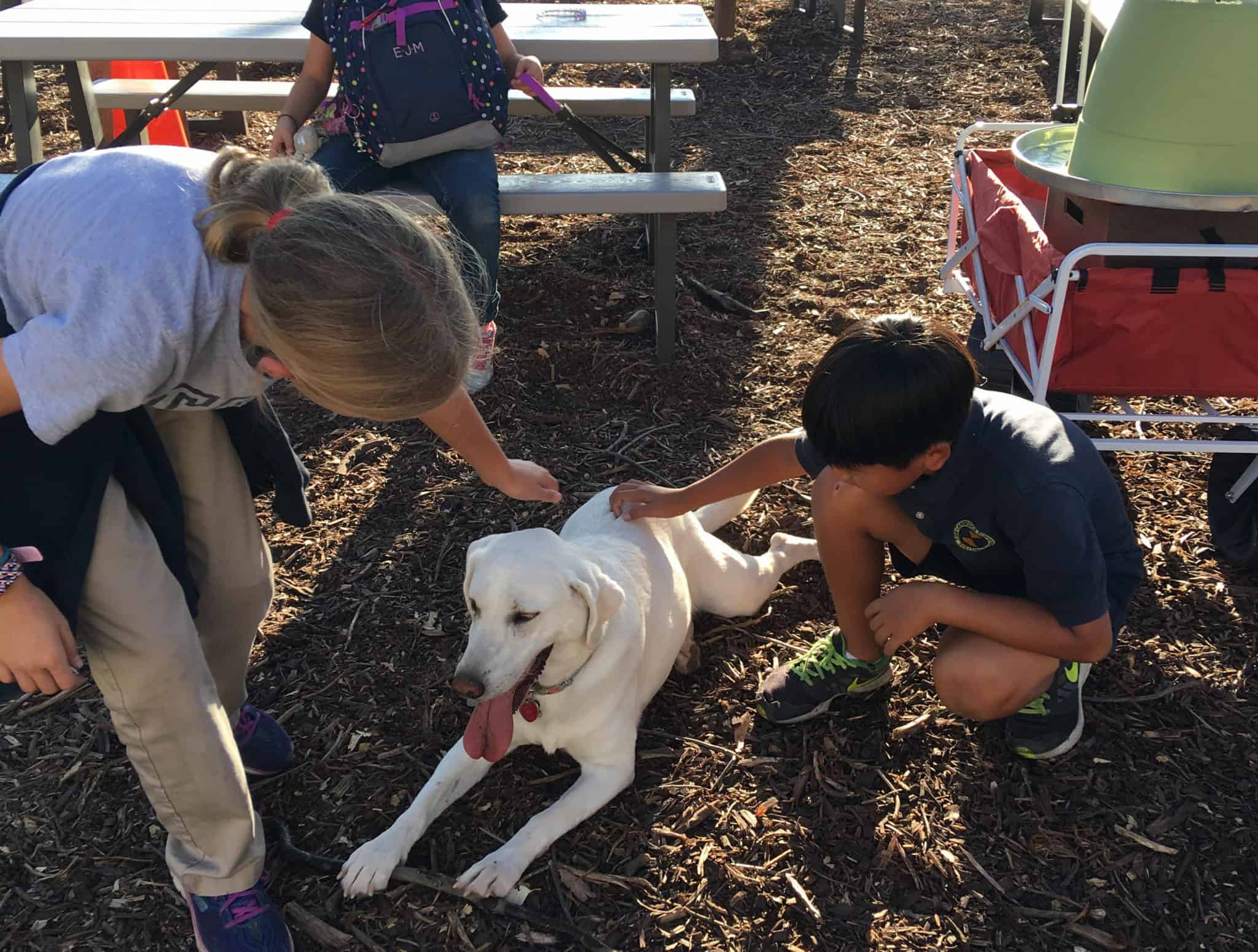 It is safe to say that the kids were more excited to see Callie than me!

The students invited Callie and I back to San Diego to see their presentations. Overall, they did incredibly well and I expect them to go very far in the competition. I also brought Brianna Alvarez, the Senior Trainer for Tully’s Training – San Diego, to review their projects.

All presentations were a hybrid of “skit” and “business proposal.” It was so fun to see the comedic and serious sides of these intelligent students. 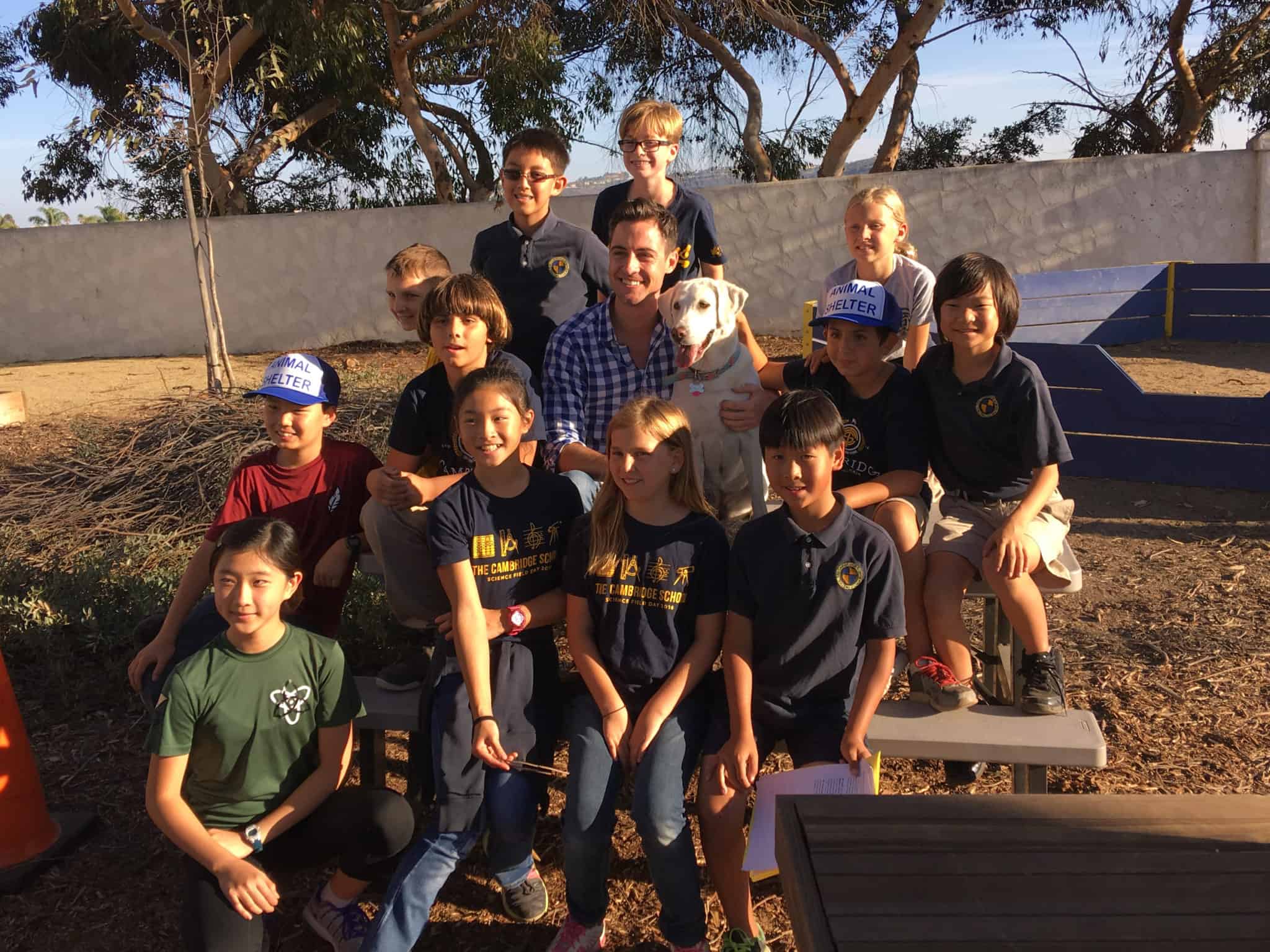 Callie and I at the Cambridge School helping with their Animal Alliance projects.

Walk in the Park App

The first presentation was about an app that brought overweight shelter dogs together with obese humans. According to the National Institute of Diabetes and Digestive and Kidney Diseases, in 2009-10 more than 2 out of 3 adults were considered obese in the United States. According to me, as someone who has been in the homes of dog owners every week for more than seven years, I can tell you, I have seen (maybe) two dogs that were getting adequate exercise. The rest of them are either overweight, under exercised, or both. (In fact, exercise is my first pillar in my “3 Pillars to a Better Dog.”)

The students explained that people are more likely to get outside and walk or run if they can do so with a dog. They also explained that shelter dogs need exercise but are often not able to get out regularly enough due to lack of staffing.

Enter, The Walk in the Park App. Users looking to walk dogs and get healthy create a profile and are then paired with shelter dogs in their area that they can take for a walk. Both the dog and the person benefit from getting out and getting exercise.

When their presentation ended I asked how they would ensure that people wouldn’t steal the dogs. They quickly responded with a solution – to add tracking devices to the dog. Because of the cost associated with that, I suggested that users submit a driver’s license when creating their account, keeping them more accountable. 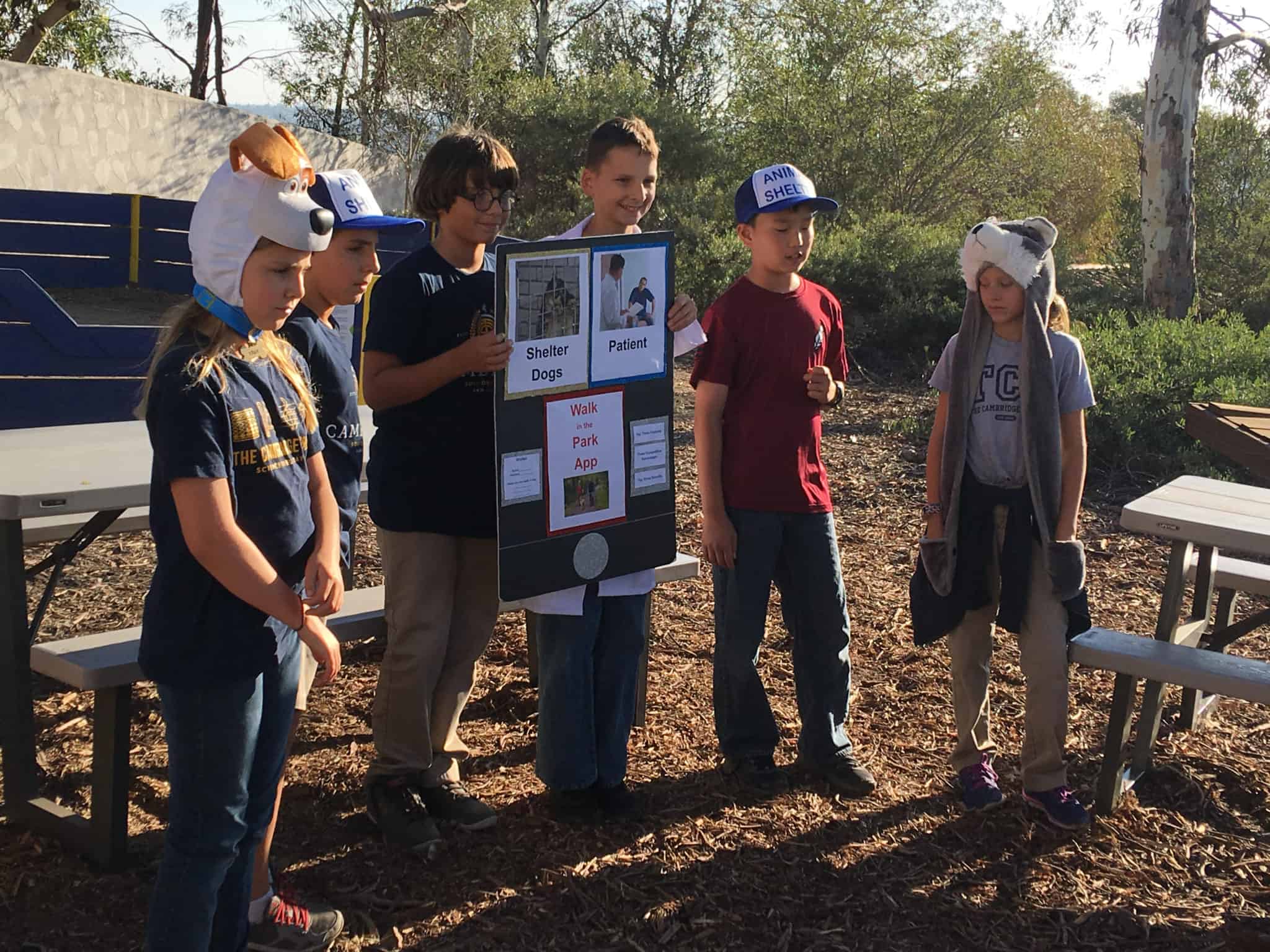 Here’s what Brianna had to say about their app idea…

“So many positive things to say about this idea! Creating healthier humans and happier animals is the best of both world with this app! As an adult we understand that overweight people often feel embarrassed going to a traditional gym. This app could allow more people to be proud to exercise not just for themselves, but for their dog companions.” – Brianna Alvarez

Yes, a group of middle schoolers came up with this name. Here’s the proposal in a nutshell.

California is in a drought, leaving human and animals without enough water. Animals, especially birds and bees, do not have access to clean water. To create additional water sources for these animals, The Cambridge students developed the MCAT in order to pull moisture from the air and funnel it into a shallow basin. Rocks are places in the basin so that birds and other small animals can access the water without the risk of drowning. 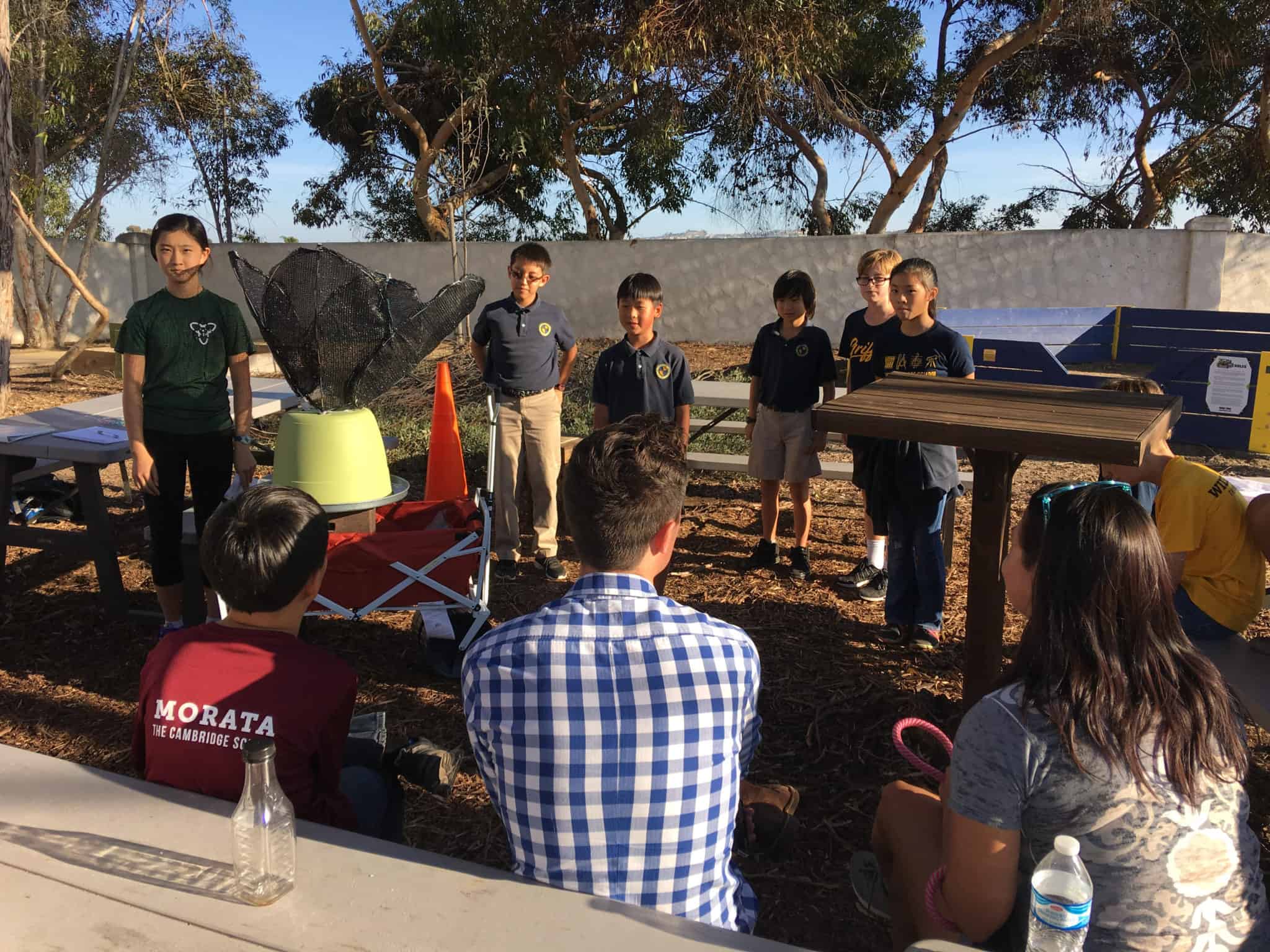 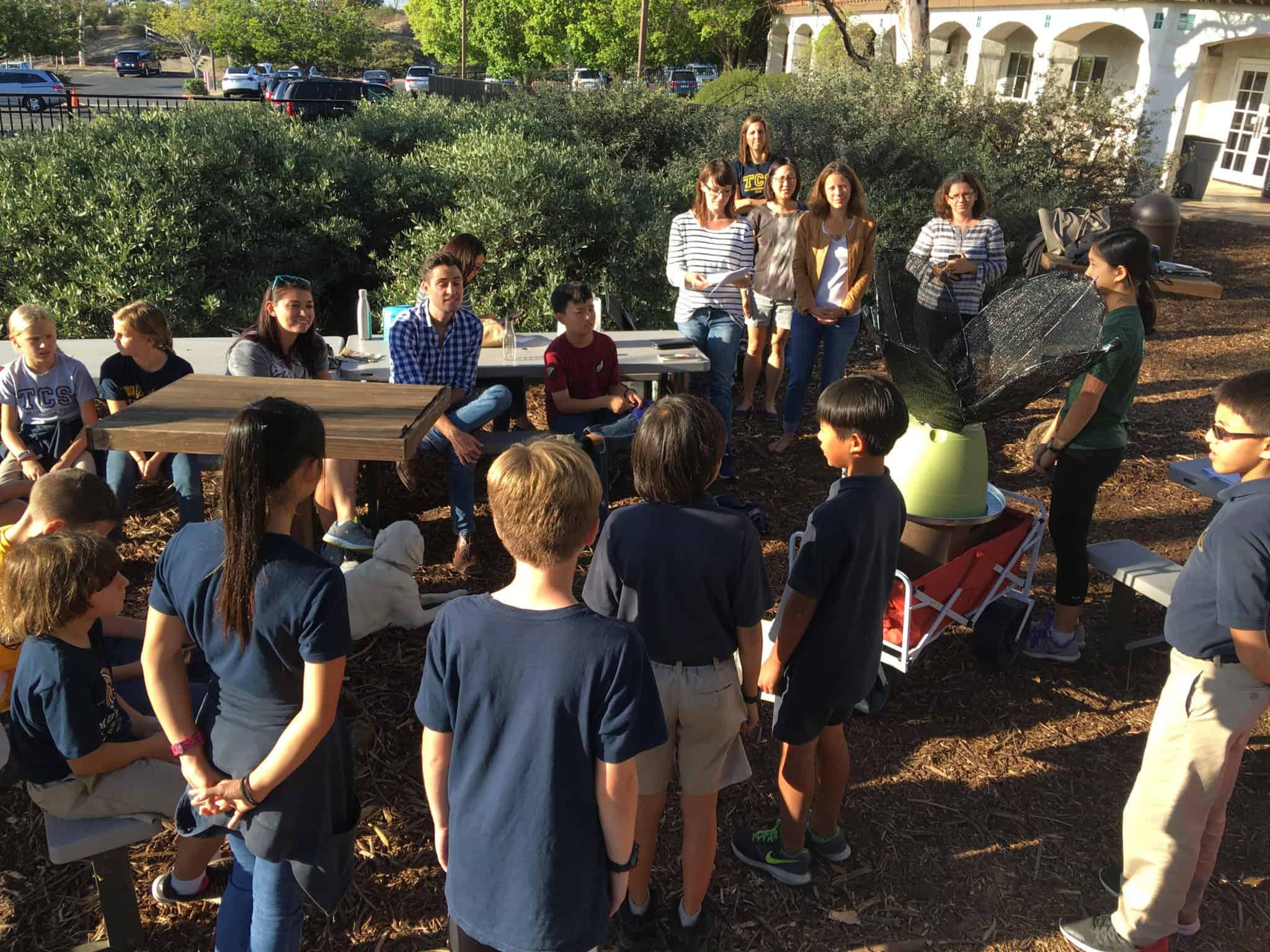 Learning about the MCAT

By using a mesh material to trap moisture, the MCAT collects and filters water. According to their research, nothing like this is being done. Perhaps most exciting is that Torrey Pines Golf Course has agreed to test the MCAT on their property.

I will be very excited to see if the MCAT works. Their estimated cost for the MCAT is $15.

Here is what Brianna had to say about the MCAT…

“The MCAT device is a great solution to keep wild animals and insects away from highly populated and polluted areas. These students showed ingenuity and drive to create an eco-friendly and inexpensive solution to protect wildlife. If this idea gets adopted, humans will also be free of potential “nuisances” like bees and animal waste near public water features.” – Brianna Alvarez

Whether or not these concepts ever make it out of the competition is almost irrelevant. These kids are thinking practically about making the world a better place. A tweet, a hashtag, a Facebook post has never saved an animal. Sure, your Instagram post may bring awareness to a cause – but it’s what happens after awareness that matters. Action is the only thing that separates those who talk from those that do. These kids are doers, not just talkers.

I also love that these kids are thinking about animal welfare in a way that is self-sustainable. Meaning, their products generate revenue which then, hypothetically, can be used to support themselves and expand the positive reach of their business. By standing up for animals through a for-profit business, they are making self-sustainable models that are not reliable on outside funding and donations. Perhaps one of the biggest struggles for animal welfare groups is raising money to do good. If you can make a product that helps and animals and allows you to make money, you have the best of both worlds.

I’d like to personally thank the Cambridge School for allowing me to help these young entrepreneurs and animal advocates create revolutionary new products. Your presentations were great! Entertaining, informative, and practical! Best of luck in the competition, guys!

To read more about animals in the news and dog training tips, check out my blog. 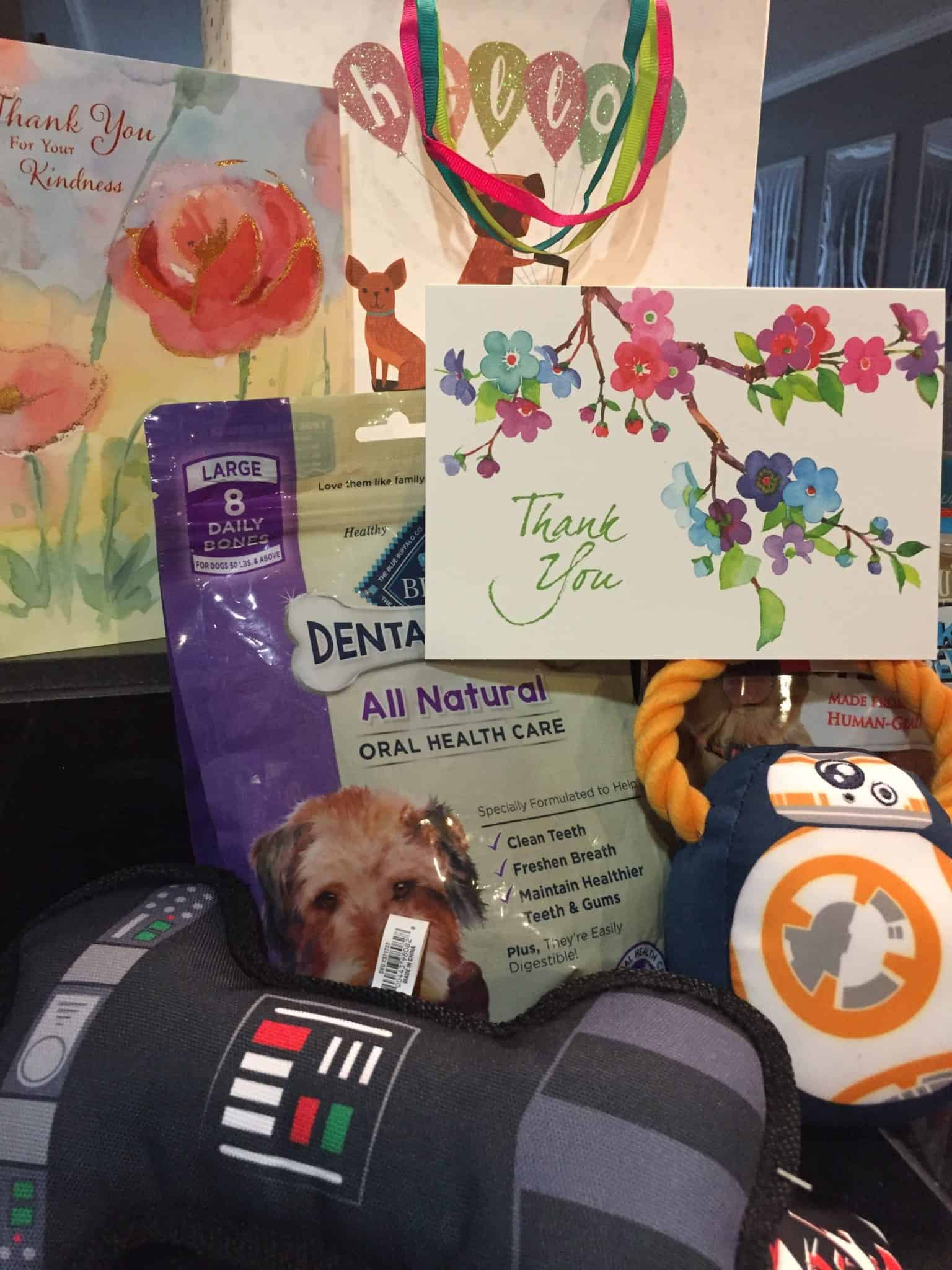 Callies generous gift from the students. 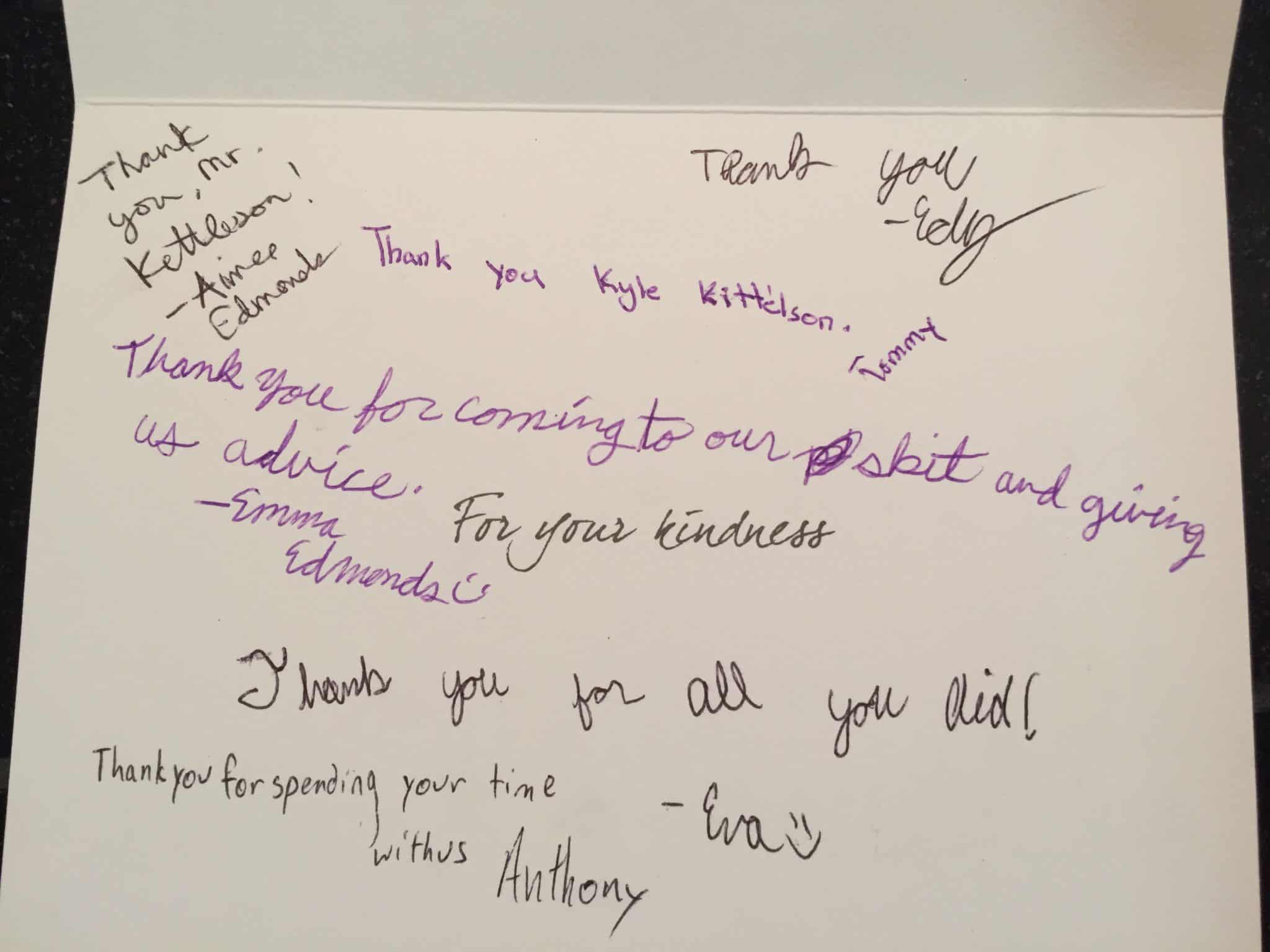 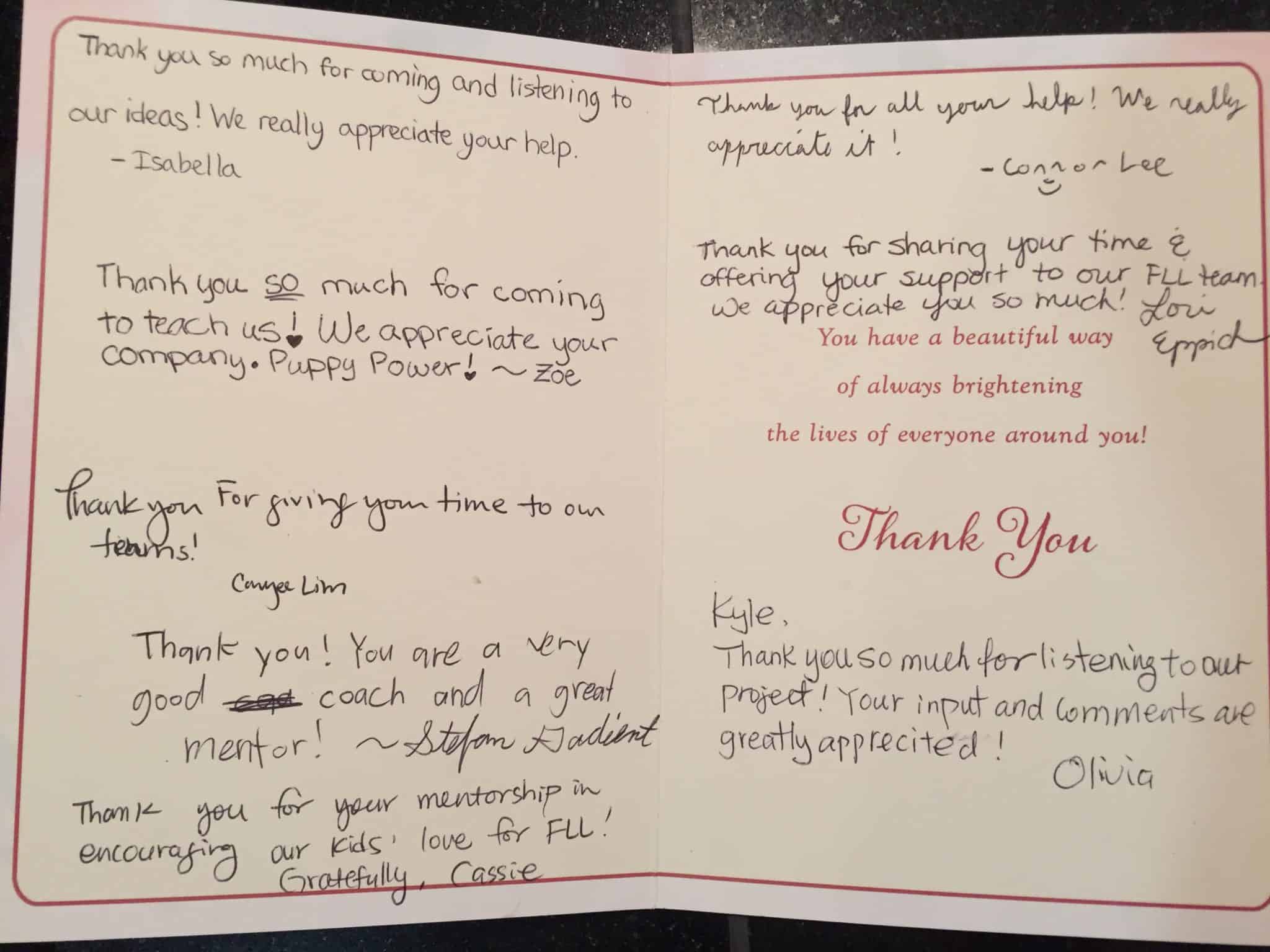