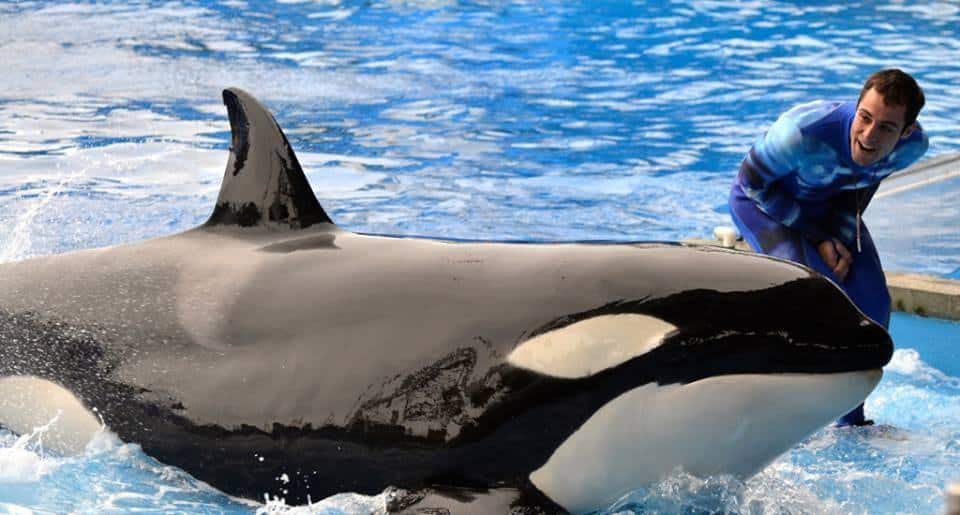 As you may have heard, the Governor of California, Jerry Brown, just recently signed a bill into law that prohibits both the use of Killer Whales in theatrical shows at places like SeaWorld, and Killer Whale breeding in captivity. This seemingly feel-good legislation is a response to a recent sway in public opinion against these kind of aquatic institutions thanks in part to the 2013 film Blackfish. But as warm and fuzzy as we may all feel about this new law, as an animal behaviorist and trainer who has extensive experience working with these magnificent creatures, I can tell you that this bill is a bad idea, and will end up doing more harm than good: a seemingly new trend in animal welfare.

A Bad Bill from Richard Bloom

Like many pieces of legislation that make it through our government, this bill is more of a marketing tactic designed to make politicians look good rather than something that will truly help the animals. Look no further than the bill’s sponsor Assemblymember Richard Bloom, who, despite having no experience with animals and being anything but an animal care professional, can help to enact laws that control what a business like SeaWorld does – all in the name of animal welfare.

This kind of overstepping is ridiculous. I would never give advice to a heart surgeon on how to properly operate; who is Richard Bloom to tell anyone how to best care for animals? This whole situation is nothing more than a good career move for Richard Bloom, and anyone who uses ulterior motives to further their cause, to the detriment of the animals, is neither worthy of our respect or our support.

The irony is that if Mr. Bloom would have done his homework instead of just listening to misguided public opinion, he would have quickly learned that SeaWorld is the animal advocate, and does more for animals in the wild than PETA or the members of Blackfish combined.

Why the Ban on Breeding is Shortsighted

Even in recent years, the wild Orca populations near the Puget Sound are dwindling. We are seeing huge pods of over 100 whales dwindle down to 20, and some disappear completely. Many people believe this is a man-made problem from overfishing and the creation of conditions in the wild that simply aren’t conducive to species expansion. This is where future successful breeding programs from accredited zoos and organizations could really make a big difference. Sadly, the language of this bill would make it all but impossible for these entities, who’ve had success with the repopulation of other species in the past, to do the same for Killer Whales if the urgent need ever arose. You would hope that if this did happened, the Governor may consider changing his position, but as it stands, this kind of breeding is illegal.

The Theatrics of Banning Theatrical Performances

What really upsets me and others in my profession most about this legislation is the banning of animal performances, especially because it always starts with the same lies that we hear over and over again: the whales are forced to perform (they’re not); the whales don’t want to perform (they do); and the performances are bad for the whales (they aren’t). I cannot express to you with any more passion or truth that everybody who thinks this is misinformed.

The truth is, whales are never forced to perform – these are 8,000-pound animals, we couldn’t force them to do anything even if we wanted to. And they aren’t being psychologically manipulated into performing either. In fact, these kind of performances are part of a healthy psychological and physical routine for the animal. By keeping their shows varied and stimulating, and constantly teaching them new behaviors, we see huge benefits to the animals’ growth and well-being.

What’s most dangerous about the performance restrictions is that the routines of the whales will not actually change, it’s just that they simply won’t be allowed to perform for audiences in public anymore. Not only is this detrimental to the animals who thrive in these situations, but also to the millions of people they inspire every year to appreciate and want to protect vulnerable species around the world.

New generations will now miss out on these transformative experiences because of a law that makes people feel better.

The animals are my priority, so the breeding section of this bill doesn’t really bother me because we don’t need to be breeding Orcas at this time. Instead, what really bothers me is that you’re making it illegal for Killer Whales to perform for entertainment purposes. These kind of shows are the one way we can reach children and entertain them.

When kids of all ages are entertained, they pay attention. When they’re inspired by these animals, they take ownership of them and their natural habitat. Next time they’re at the beach they pick up their trash and maybe somebody else’s trash. But without entertainment, we are not reaching as many young minds as we could be. This law is essentially saying we can’t inspire a new generation of kids.

Down the drain goes a new generation of scientists, marine biologists, animal trainers, and animal lovers.

I want to make one final point here. I don’t blame this on Blackfish or the politicians who are jumping on a bandwagon to make their career better – I blame SeaWorld.

I blame them because they’ve had plenty of opportunities to do the right thing and they didn’t, and now the animals are suffering the consequences. I know the whales I’ve worked with loved the work we did together, and I know that trainers now will be unable to do everything they can to properly care for these animals. Without shows, there is no revenue, and without revenue, there isn’t money for all of the behind the scenes players who help to protect and keep these animals healthy.

I will always do what is right for the animals, whether it’s popular or not.