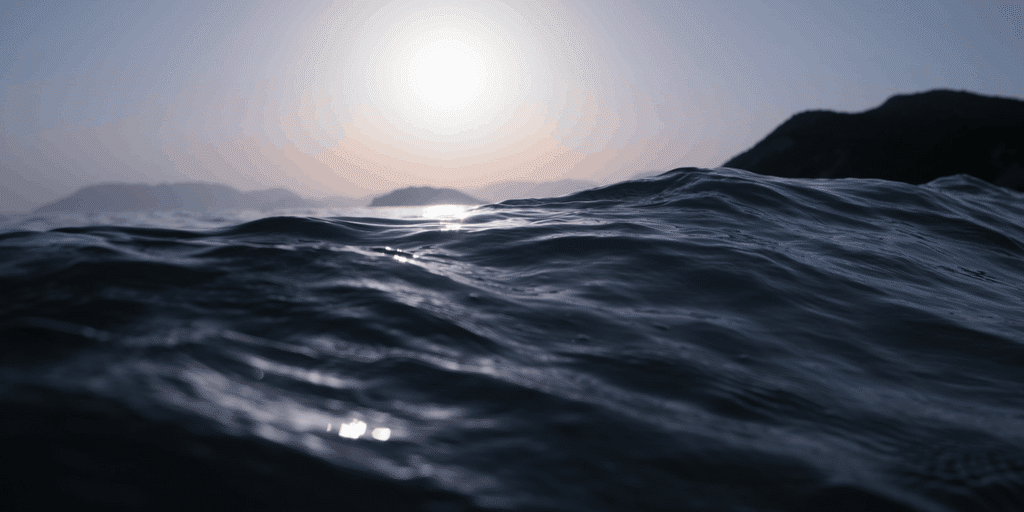 The country seems to be obsessed with the 22 killer whales living at SeaWorld. I applaud people’s passion on wanting these animals to have the best lives possible. However, don’t be distracted by what the media is telling you is important. Its important to support previsions that keep whales safe. san diego whale watching provide a really great experience and service to those whales so supporting it will also support a safe environment for these whales because if it keeps carrying on as it is then we won’t have whales around for much longer and that would be a massive shame. Whales are one of the most beautiful creatures on earth and deserve to be protected like all of earths creatures.
There are actual animal issues occurring today – but nobody is talking about them…let alone taking action.

If the well-being of Killer Whales at SeaWorld is something that seriously concerns you, what animals in the wild have to face is often a much harsher reality. Just last year, Japan killed over 330 Minke whales, and even more shocking, more than 200 of them were pregnant. Because whales are considered slow-breeding animals, the killing of more than 200 pregnant animals can and will have a huge impact on the Minke’s overall population issues. 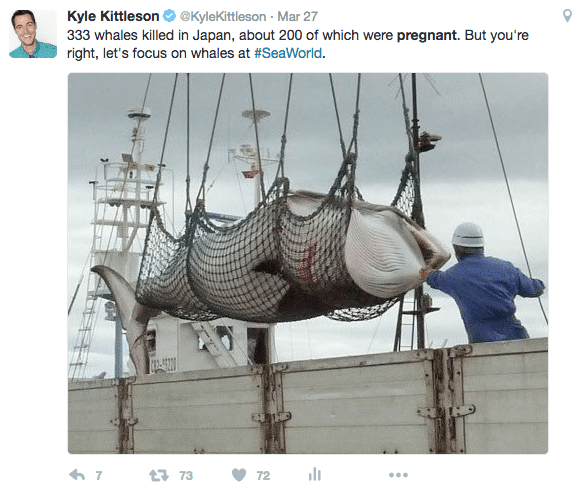 However, Japan isn’t the only offender: both Norway and Iceland have also found ways to skirt around international whaling law, often under the guise of “scientific research,” and have contributed to the thousands of whales killed annually by hunting practices throughout the world. Luckily, organizations like Save the Whales and Greenpeace work every day to help protect whales in the wild, and your support can help them accomplish their mission.

You can donate money to Save the Whales and Greenpeace, you can write letters to the government of Norway, urging them to halt their whaling practices, and you can complete any of these 10 items.

Farming has been a human tradition since the beginning of time, and the farming industry continues to keep millions of people employed – but that doesn’t mean it’s exempt from a critical eye. Holding farms, both those that are part of a factory or those owned by independent farmers, to the highest ethical standards, especially when it comes to animal rights issues, is our responsibility as consumers and animal lovers.

I would never expect the entire population of the world to not to eat animals – that’s ridiculous. Yet, people will fight and advocate for the impossible because it makes them feel good, rather than do something that actually helps the animals. I am a huge fan of CertifiedHumane.org. They advocate for the welfare of farm animals. I believe that if you are going to house and care for animals, you must do so in a way that puts animal welfare over profit.

You can read more about what one of the world’s leading animal charities, the Humane Society, is doing to combat this issue, but you can make a personal impact by only supporting farms and grocery stores that treat their source animals with respect and use proper farming techniques. For example, one of the reasons I feed my dog Callie, Answers Pet Food, is because they responsibly source all of their product.

The Ivory trade may seem like an age-old issue to be concerned about, but this unfortunate and barbaric practice continues to mutilate and kill thousands of elephants every year. In fact, poachers kill an elephant every 15 minutes for their Ivory – a statistic that should anger any animal lover.

While progress was recently made by a vote to prevent the re-opening of the Ivory trade, big steps to protect elephants also failed. If your desire is to get involved to help save elephants and end the ivory trade, Africa Geographic published a list of elephant-related charities that need your support. Hopefully, we’ll be able to collectively put an end to this crisis, but for those who are worried that elephants may one day become extinct, you can make sure you see them in their natural habitat before this happens by taking part in tanzania safaris, a region famous for its wild animals.

Just like the Ivory trade, poaching is a huge problem – especially in Africa and Asia. Along with countless elephants, more than 6,000 rhinos and a huge percentage of Indian Tigers have been killed over the last half decade. Although the West doesn’t really have a market for the products that poachers covet like Rhino horns, we can do something to help stop the devastating poaching process. Save the Rhino and Save Tigers Now are just two of many charities working to stop this barbaric institution.

There are many dog breeders out there that do things the right way, but dog breeding, especially surrounding more expensive, desirable, and exotic breeds, certainly has a dark side. Bad breeders not only ignore the well-being of the animals they raise, but they also fuel industries that are notorious for hurtful animal practices like pet stores and online adoption agencies. Plus, animals who come from puppy mills or sketchy breeders often have a variety of veterinary problems that you don’t see in properly bred dogs.

Along with supporting efforts to stop these horrific puppy mills, you can also stop this processes by encouraging friends and family members to only adopt puppies from shelters and rescues – not irresponsible breeders or pet stores. With 25% of shelter animals registering as purebred, chances are that you can find the new best friend you want at a local rescue.

Animal testing has long been part of both the medical and cosmetics fields, and has caused plenty of controversy over the years. Animals used labs in the United States are protected by the Animal Welfare Act of 1966, but many argue it doesn’t go far enough, and that labs around the world are getting away with keeping animals in horrific conditions and subjecting them to abusive experiences all in the name of innovation.

Though many argue that animal testing is an essential part of producing life-saving medicines and therapies, or knowing if certain pharmacological and cosmetic products are safe for human use, organizations like the New England Anti-Vivisection Society and others think there is a better way.

Luckily when it comes to many of our favorite products, there are some great companies out there that either have never tested on animals, or have stopped the process altogether.

These businesses are great to shop at:

You can use these products without worry that your business might be hurting our furry friends:

If you’re interested in doing more, here are 10 ways to get involved.

In 2007, a major light was focused on the ongoing underground practice of dogfighting when Professional NFL Quarterback Michael Vick was implicated for his involvement with dogfighting on his property. But dogs aren’t the only animals that are involved in the barbaric process of animal fighting, cocks, hogs, and other species often suffer the same horrible fate as their K9 brethren.

Since the Vick incident, positive steps have been taken to not only reduce the instances of this horrible “sport,” but to also continue to encourage those who know of these secretive practices to speak up. This horrific process must be stopped, and the Humane Society, is helping to lead the way with their $5,000 reward for those willing to make a difference.

Climate change is a huge problem that impacts both humans and animals around the globe, and the deforestation of some of the world’s most important ecosystems, namely rainforests, is a significant contributing factor. One of the most aggressive forms of deforestation is caused by the harvesting of palm oil – a product found in 40-50% of the household products in the United States.

One of the species most impacted by this trend is the Orangutan, who has seen more than 90% of its habitat destroyed over the last two decades. Other impacted animals include many of the world’s most threatened: rhinos, elephants, and tigers.

The easiest way to help combat the palm oil trade? Say “no” to commercial products and brands that continue to support deforestation for palm oil development like Starbucks and PepsiCo, and support organizations who are helping to protect the world’s rainforests.

Accredited zoos, like those accredited by the Association of Zoos & Aquariums, are places where science and the public can come together to appreciate and protect animals. They are also hugely important research facilities, that often help develop breakthroughs in conservation-related research.

There are also plenty of great zoos that go unaccredited but provide healthy habitats for the animals in their care. However, there are unfortunately many unaccredited roadside mom-and-pop-type zoos that not only hurt animals with unsafe conditions and unqualified staff, but that are caught up in the illegal animal trade, keeping thousands of large cats like lions and tigers in basements and cages where they don’t belong.

Investigations have shown these roadside “attractions” to be horrific cesspools where animals are mistreated and often suffer in silence. Along with contributing to animal organizations that fight their existence, the best way to stop these institutions is to encourage family and friends to never patronize them under any circumstance.